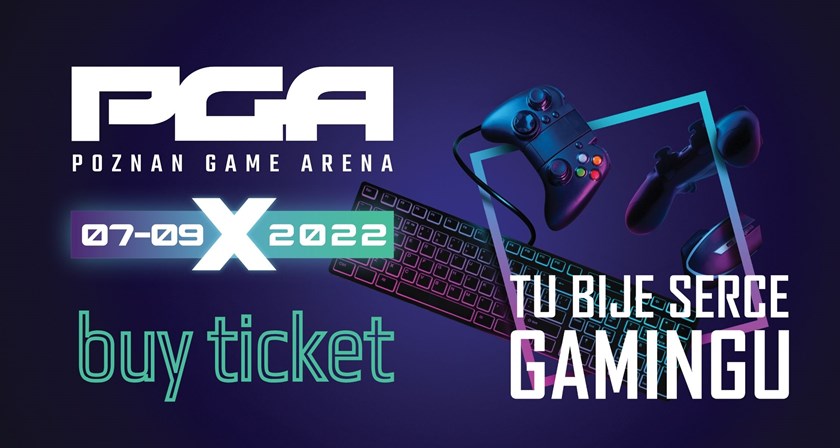 The 1st National IT Championship is about education, competition and fun. We prepare participants to the requirements of the labour market by giving them the opportunity to train together with our partners and solve competition tasks in programming, assembling and building computers, microcontrollers, cybersecurity, 3D design and printing, and the basics of robotics.

The participants of the 1st National IT Championships will receive the most up-to-date technological innovations, advanced IT products, the possibility of training with potential employers, the elite of the IT industry gathered in one online space as well as valuable material and development awards…

“This is an event for those who associate their future with a very broadly understood computer science - from programming, through computer diagnostics of vehicles, to 3D printing. We will guarantee young people and teachers a huge dose of knowledge and positive energy "- encourages Adrian Dekowski, President of the V8 Team, organizer of the 1st National IT Championships.

The 1st National IT Championship has already gained ambassadors who will support their participants at every stage of the tournament:

Barbara Halska - teacher of vocational subjects at the Secondary and Technical School Complex No. 1 in Warsaw, awarded the title of the Teacher of the Year 2014. Marketing Specialist at Hostersi. Co-author of the E13 and EE08 qualification handbook in the field of IT technician. Co-author of the core curriculum in computer science, programming technician. ORE and MEN expert.

Grzegorz Duda - at the age of 18, opened his own workshop where he began to repair, modify and build cars, which led to the creation of a company equipped with a research laboratory that deals with everything related to the automotive industry. He won 14 titles of the champion and the vice-champion of Poland, 9 titles of the FIA CEZ European Champion and the FIA International Hill Climb CUP.

Petros Psyllos - as part of his research, invention and business, he deals with the use of modern technologies, incl. applications of artificial intelligence, social robots, virtual assistants.

As part of the 1st National IT Championship, the conference "The IT industry in the era of digitization" will be held, organized by the Educational Research Institute and the Team of Regional Leaders for IQS. Discussion participants will discuss, inter alia, about areas such as artificial intelligence and innovation in the IT industry, Badge + system and application of credible skills certification, teaching IT subjects in schools as an introduction to passion and market qualifications as a solution to recruitment problems in the IT industry, as well as cybersecurity.

The 1st National IT Championship is intended for pupils, students, teachers and tutors who want to increase their competitiveness at school and on the labor market.

The Poznań Game Arena fair has an 18-year history, which was built together with over 600,000 gaming fans from Poland and abroad, influencing the development of the Polish gaming and multimedia market. Starting from 2004, Poznań becomes the capital of computer games and our fair attracts not only tens of thousands of fans, but also the best producers and companies creating the world of games and multimedia entertainment. - says the director of the MTP Group, Dariusz Wawrzyniak.

The organizer of the 1st National IT Championship is V8Team and Międzynarodowe Targi Poznańskie.

V8Team has been creating projects and educational events for 11 years to support youth and young adults as well as teachers and caregivers in preparation for the requirements of the labor market. He cooperates with high-class specialists in the automotive industry and broadly understood IT. V8Team activities are supported by ambassadors and business partners. More information can be found at: www.mistrzostwamechanikow.pl i www.mistrzostwait.com.

The event was held under the patronage of: Honorary Patronage of the Minister of Education and Science, Ministry of Funds and Regional Policy, Ministry of Development and Technology, National Center for Research and Development, Polish Agency for Enterprise Development, GovTech, MEiN Tech, Secretary of State in the Chancellery of the Prime Minister for Digitization - Janusz Cieszyński, The Scientific and Academic Computer Network (NASK) and the Polish Chamber of Information Technology and Telecommunications, as well as the Polish Information Technology Society, the Sectoral Council for IT Competence and the Agreement of Academic Centers for Technology Transfer.

Librus took the media and educational patronage, and the media patronage was TVP and Radio Eska.